Plausibility of the Original Position: Rationality and Risk Aversion

In his book, A Theory of Justice, John Rawls develops a conception of a just society. He uses philosophical tools to illustrate a just ordering of society and what, if any, combination of institutions would constitute justice. The foundational philosophical tool that Rawls uses is his version of the Original Position (OP). The OP allows Rawls to determine what a hypothetical group of people, under specific conditions that he determines, would choose in this hypothetical scenario. He then claims that this is the only society that will result in Justice. I will examine the plausibility of the Original Position, in principle, the way that Rawls has defined it, and explore the consequences for his argument if it is not plausible. I will then consider what modifications could be made to the OP to make it plausible, or to bring about the result that Rawls wants. 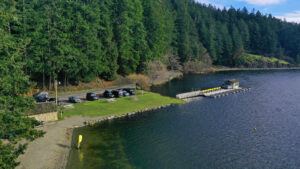 The Original Position theorizes about a hypothetical group of people. These people are tasked with choosing the basic institutions of society. Choosing the institutions in such a way so that it will result in an optimal combination that will result in a just society. For example, the people in the Original Position (OP’ers) might decide to allow the institution that is the capitalist system of trade and also disallow the institution of private banking. The criteria he attaches to the OP’ers, he claims, puts them in a unique position so that any combination that everyone agrees to will result in Justice. The OP’ers must be: ignorant to their biases (including race, gender, social or economic status, and any conception of what would make “a good life”) and rational. When these criteria have been met Rawls considers the OP’ers to be behind “the veil of ignorance” and thus in a position to make choices that, when agreed upon, will result in justice.

The OP, in the way that Rawls uses it, is a useful tool that can inform about the nature of Justice while operating in a hypothetical situation. In this way, philosophers can attempt to measure their society against this standard of justice by considering whether the OP’ers would choose the institutions of the society in question. For example, a modern American might consider the current practices of incarceration in the US. Would OP’ers, behind the veil of ignorance, consider this institution, which is widely viewed to disproportionately affect minorities, just? I expect not. The OP, however, may not be as useful a tool as it first appears if the conditions that Rawls imposes upon OP’ers are impossible to meet, or more likely, if Rawls is mistaken about what his conditions necessarily entail.

Plausibility of the Original Position

One consideration of the plausibility of the OP is whether, in principle, it is even possible. This is not to ask, “Is it possible to create (or more likely modify) a group of people in such a way so that they lose all aspects of self-identity and yet have near-perfect knowledge of all other bodies of information they might need to determine how a just ordering of society might look.” Instead, we will consider, is it possible to impose rationality upon a group of humans at all? Rationality is, to me, the weakest criterion Rawls has to offer in the OP and also the vaguest of his criteria.

There is a wide body of literature examining rationality in humans, and whether we are rational at all. The 2017 Nobel Memorial Prize in Economic Sciences winner Richard Thaler won for his pioneering work which supposes that human beings are not rational, or rather that humans are predictably irrational. This research has been lauded by many economists as being reflective of actual human behavior and has caused a shift towards not making the typical assumption of rationality that economics generally uses. This literature, and the many works that have come out following Thalers work are quite convincing.

Another exploration might conclude that humans can act with rationality, but this does not make them rational (or, by extension, perfect rational). Just as a human may act with hate they need not be hateful. To act with rationality may stem from genetic predisposition –as in the case of a salmon returning upstream to spawn—or from a conscious choice of self-aware animals. The salmon has no concept of why it should go upstream, nevertheless, the choice appears to be a rational one.

If, for the sake of argument, we grant to Rawls whatever conception of rationality he would like to use, there arises another, more urgent issue, regarding what Rawls believes is entailed by “rationality”.

One of the criteria that Rawls attaches to the OP’ers is a concept of “rationality”. It will not be the purpose of this paper to discuss the intricacies of this term or theorize about a metric, if any, that could be devised to determine which choices or acts should be considered rational, however, these thoughts would be beneficial for another time. It is important to understand that from his conception of rational decision-making, Rawls makes the inference that it must result in a decision that maximizes risk-aversity. This is central to his theoretical foundations justifying his conception of a just society. His argument explains that the OP’ers will make decisions that will result in any inequalities redounding to the worst-off group. This is because any rational (and by extension, Rawls argues, risk-averse) person, ignorant of their biases and socioeconomic standing, would hedge their bets and act as though they were a member of the worst-off group. The question to examine then becomes: does rationality entail risk adversity?

It is evident that people do not act in the way that Rawls suggests they do. For example, if humans acted in risk-averse ways, they would not choose to gamble with unfavorable odds. Humans regularly choose to gamble with unfavorable odds, and therefore clearly employ irrational decision-making. For example, the City of Las Vegas, NV is entirely built on casino advantaged games, yet people regularly decide to gamble. It is unconvincing to expect OP’ers to act in exclusively risk-averse manners when humans who are fully aware of their biases, and therefore have more reason to act in a rational manner choose not to. An example of this would be the person crippled by debt who still decides to play the lottery.

This contingency seemingly fails to insist on Rawls’ formulation of a just society when taken in this manner. The OP, based on this, appears to be flawed. But perhaps it is not flawed, but instead, just shouldn’t be taken to guarantee the society which Rawls suggests it must and may inform us about just societal distributions in some other society. In either case, it is clear that the conditions that Rawls attaches to the OP fail to do what he asks it to.

Other Conceptions of Rational Choice In the OP

In Anarchy State and Utopia, Robert Nozick takes us through a similar thought experiment while considering the question of “Why not anarchy?”. He examines both the Mini-max and Maxi-Max criterion. In the mini-max, one would compare the worst possible version of anarchy and the worst possible version of a state. In maxi-max, one would consider the best possible version of both. To these, he says, “no proposed decision criterion for choice under uncertainty carries conviction here, nor does maximizing expected utility on the basis of such frail probabilities” (Nozick, 5). Nozick instead opts to employ a comparison where people in both a state and non-state situation act roughly as good as can be expected. I like this line of reasoning because it does not require one to act at the margins of decision-making, but rather act based on what is likely to be the case. It is unlikely that a group of people, especially those that are representative of the whole population, will both act in both a uniform way, and act at the margin of decision making (perfect risk adversity), and making decisions on the “frail probabilities” that they will is not a basis for a system of justice.

So, if reasonable people expect that those behind the veil of ignorance need not act in risk-averse ways, and seeing that humans behave in a variety of ways, often not in the way that Rawls’ predicts, we can theorize about how rational people in the OP might reach a decision. We can do this with one of two goals in mind:

It seems probable to me that Rawls would favor remedying the Original Position to reach his conditions of risk adversity and entail the society he desires. This, however, is not my primary concern and I will leave this for another time. Instead, I will examine what the probable outcome of Rawls’ OP entails when one does not make the same assumption of risk-aversity.

I have thus far argued in this paper that people in the OP will not act with perfect risk aversion (PRA). The same claim could be made against perfect risk preference (PRP).  Rather than examining an extreme case, let us adopt the same view as Nozick and consider a case where people are neither risk-averse nor risk preferred. If we assume, as is likely, that OP’ers act neither with PRA nor PRP, then they are likely to craft a society that has elements of each. If we consider risk tolerance to be a sliding scale, where each person falls somewhere between PRA and PRP, but none can act fully with either, then all decisions will act with some amount of both. Their society will have social safety nets for the poor. That society will allow economic inequalities that do not redound to the benefit of the worst-off group. People in the middle of the distribution can move either up or down but have a greater chance of moving up. This society looks a lot like our current society. This seems likely because, at the intersection of risk aversion and risk preference, an OP’er is likely to consider themselves in both situations simultaneously and enact institutions that would be preferable to all within the society.

So, we come to the conclusion that a significant flaw in Rawls’ conception of the OP leaves it susceptible to a mistaken result. What seems clear from these considerations is that the OP, while helpful for evaluating an existing society, does very little for telling us how to craft a new society. It is unfortunate that humans cannot be expected to behave in the way that Rawls wants them to, even in the OP, but we are, after all, only human.